Skip to content
HomeUncategorisedFractal: Make Blooms Not War Is Addicting

Every once in a while an indie game comes out with just the right stuff to make it a good quality game. That is exactly what Fractal is in a nutshell; Created by Cipher Prime Studios, Fractal is a push-color puzzle game, dissimilar from anything else that I have played. In order to score points you have to create “blooms” which are basically a honey comb shaped figure out of the same colors. Sounds easy right? Well by mid-game and three colors in you may hit yourself in the head for being a single push off from beating the level. 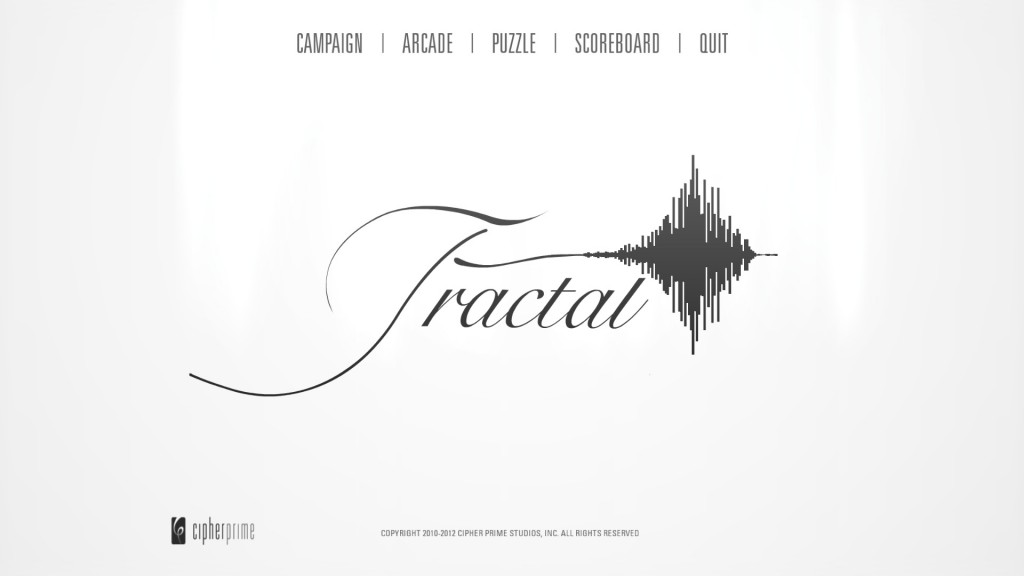 With three modes, Campaign, Arcade, and Puzzle, fractal makes good use of your brain. During Campaign, you have a limited number of pushes to score the amount requested by the level. This can get quite hectic fast as multiple colors sometimes blind you into making a stupid move, however as a whole I found the difficulty to be rather right on spot. Next you have Arcade, in which you keep going as fast as you can to make Blooms before the timer runs out. It’s really brain boggling and you have to think fast if you want to move up to the next level, however again you are training your brain. Finally we have the Puzzle mode, where again you have to do what is asked of you by the puzzle including double pushes (one pieces moves the other) and such with a very limited number of pushes.

Confused yet? I know I was when I first started playing, however the learning curve isn’t very steep. I’d say within 20 to 30 minutes you will be pushing with the best of us. It contains leaderboards, however, it is lacking achievements which I for one was sad about. It’s a fully featured game but achievements would have just pushed it over the top. As it is now though however Cipher Prime has done a good job at making their world come to life.

Cheap on Steam, and a fun puzzle game – I would definitely recommend this game to puzzle lovers. It took a good 8-10 hours to finish all the content on my end and was a good distraction from the big name games that have been collecting virtual dust as I plow through the holiday release list. Cipher Prime, keep up the good work, and hey if you see this please work on adding achievements.